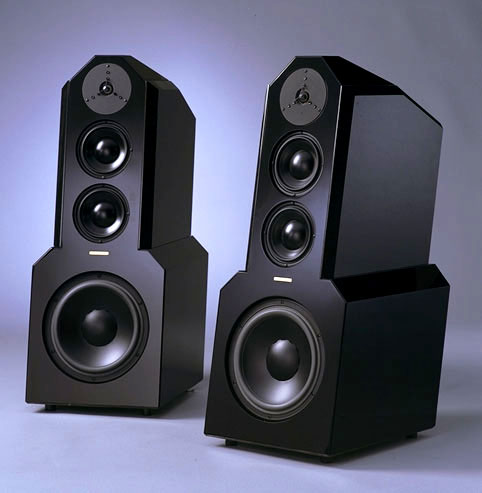 Bill Eggleston builds speakers because his father did. “My dad always told me that when he started, the only way you could get really good speakers was to build them yourself. We always had drivers and parts around, and I just began building my own so early I can’t even remember. Much more important, my father passed on his wide-ranging approach to music. He listened to everything, and he taught me to be open-minded about music.”… 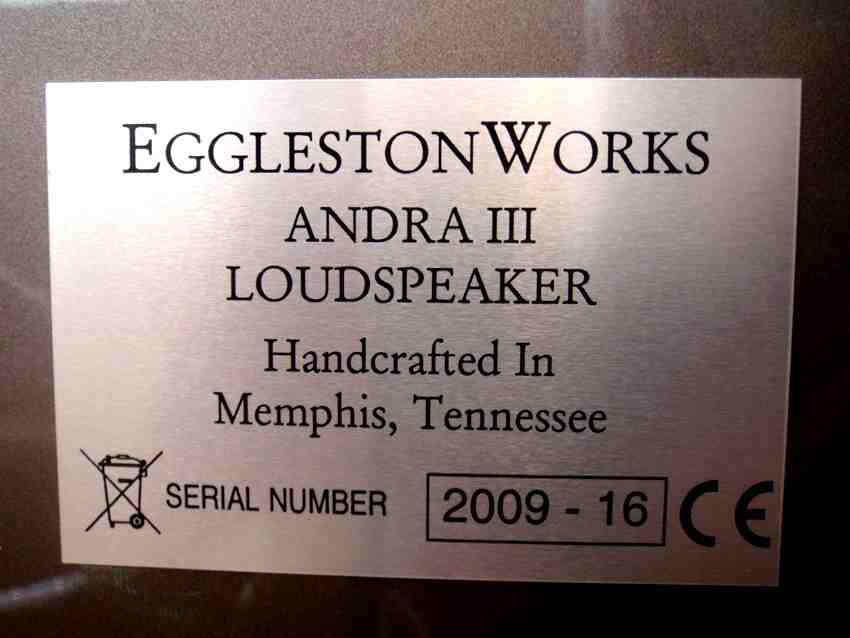 The EgglestonWorks Andra is moderately sensitive, my estimated 87dB/2.83V/m (B-weighted) reading agreeing with the specified figure. Its impedance plot (fig.1) suggests that the speaker appears to be an easy load for an amplifier to drive, the magnitude dropping below 10 ohms only in the high treble and below 130Hz, and the phase angle generally remaining low. However, it does reach 4 ohms in the low bass, around the tuning of the twin ports. There is a very slight wrinkle in the impedance traces between 300 and 400Hz, this generally indicative of a cabinet resonance of some kind. However, as might be expected from its massively constructed cabinet, the Andra is impressively inert. About the only resonant mode I could find was on the woofer enclosure wall (fig.2) at 350Hz. This is well down in level, however. 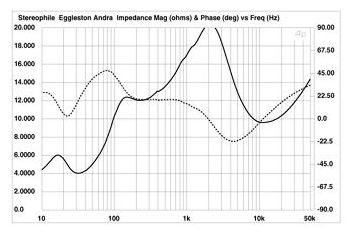 In his interview with Wes, Bill Eggleston mentioned the acoustic overlap between the woofers and midrange units. This can be seen in fig.3, which shows the individual nearfield responses of the front woofer, one of the ports, and one of the midrange drivers. The latter can be seen to start to roll out below 120Hz or so, but it still contributes to the speaker’s output an octave lower, in the midbass. The woofer’s output is the trace that peaks around 30Hz and again between 60Hz and 80Hz, before gradually tapering off. It is still only 10dB down from the midrange level at 500Hz. The ports cover a broad region from 20Hz to 70Hz, with then an irregular rolloff. 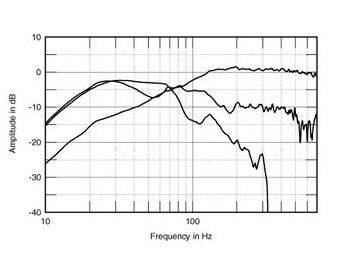 Predicting how these three nearfield responses will sum at the listening position is difficult; shown to the left of fig.4 is my best guesstimate, with the acoustic phase and path-length differences taken into account. The Andra’s output appears to peak up slightly at 70Hz, then slowly rolls off, reaching its -6dB point at a very low 22Hz. In-room, with the usual amount of low-frequency room gain, the Andra should easily extend to 20Hz at full level. Note that both the woofer and port have slight peaks at 200Hz; while these result in a slight peak in this frequency in the calculated farfield response, it should be subjectively inconsequential. 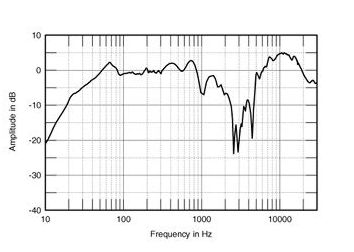 anechoic response on tweeter axis at 50″, averaged across 30 degrees horizontal window and corrected for microphone response, with complex sum of midrange, woofer, and port responses plotted below 300Hz. 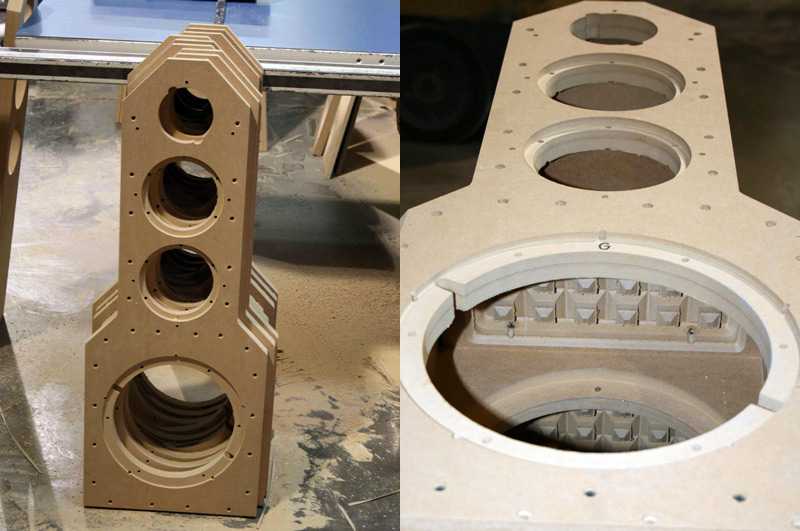 To the right of fig.4 is the Andra’s farfield response, measured on its tweeter axis using the DRA Labs MLSSA system and averaged across a 30 degree horizontal window. The midrange trend in fig.4 is basically evenly balanced, but note the enormous measured suckout in the upper crossover region on this axis, centered on 3kHz. I must admit that I didn’t find the Andra to be as free from coloration as WP did. I noted a slight degree of hollowness that made violin and viola, for example, sound a little as if played with mutes. However, this was much milder than I would have expected from this measured response. 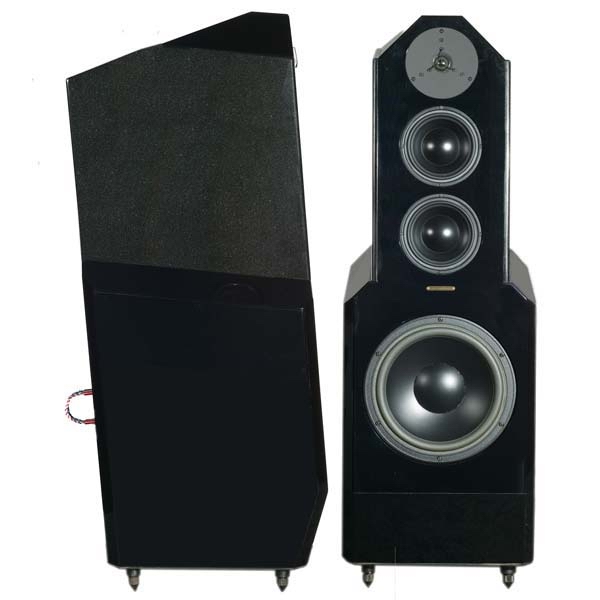 The tweeter is 33″ from the floor, which is on the low side. (Tom Norton’s research has shown that a typical listener’s ear in a typical chair is 36″ high.) Fig.5 shows the Andra’s response at different heights; it can be seen that the crossover-region suckout is worst on the tweeter axis. The broad overlap between the tweeter and twin midrange units does appear to make the speaker very sensitive to listening height. Perhaps the flattest measured response is obtained 10 degrees below the tweeter axis (the trace at the front of this graph). However, this represents a listener with his ear around 20″ from the floor. By contrast, fig.6 shows the Andra’s measured response 10 degrees above the tweeter axis, which represents a typical listener sitting in something like a director’s chair. While there is still a lack of energy in the speaker’s upper crossover region, it is much less severe than on the tweeter axis. 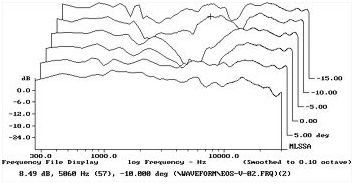 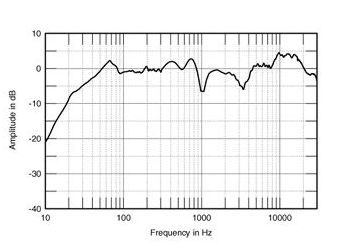 anechoic response 10 degrees above tweeter axis at 50″, averaged across 30 degrees horizontal window and corrected for microphone response, with complex sum of midrange, woofer, and port responses plotted below 300Hz. 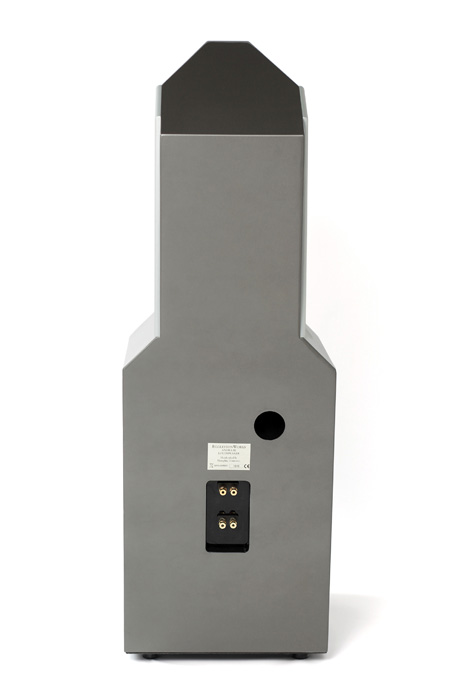 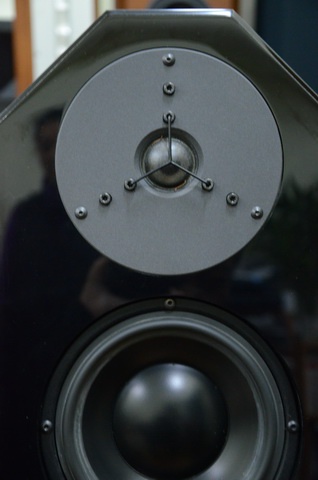 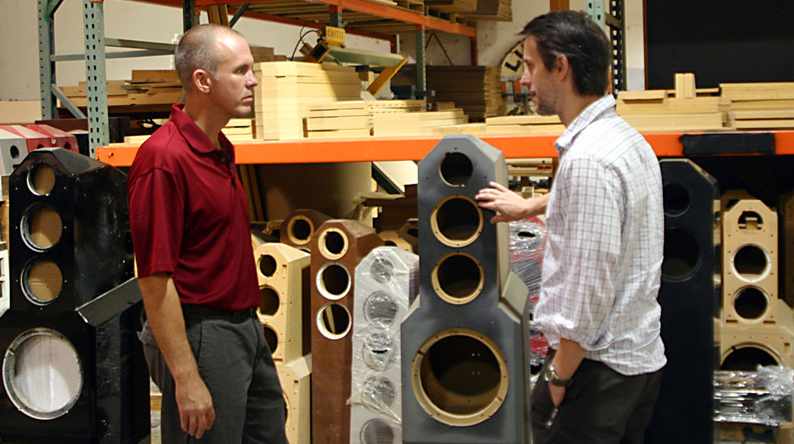 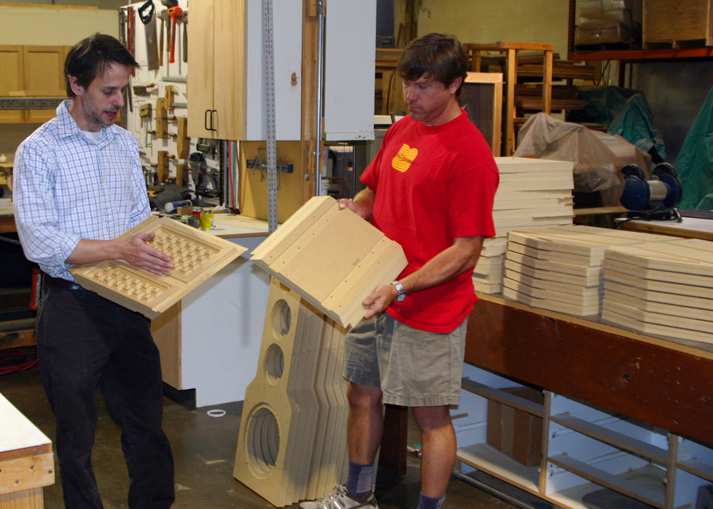